Saga Brief 5: The Story of Rollo the Viking In this episode, we celebrate the life and accomplishments of the historical Rollo.  Known to many as the envious brother of the incomparable Ragnar Loðbrok in the History Channel’s Vikings.  While the historical Rollo may not have been Ragnar’s brother, Vikings gets a lot of things right.  As an exile from his homeland, Rollo earned the nickname “the Walker” by wandering throughout northern Europe raiding and conquering everything in his path.  Among his most significant conquests would come to be known as Normandy, a territory in northern France named for the Northmen led by Rollo in the late 9th or early 10th century.  Fearing further Viking aggression, the French King Charles the Simple turned over the city of Rouen over to Rollo and his men.  This simple act (get it?) provided the French with a buffer against future Viking attacks from the north.  Or so they hoped.  In this case, it worked out nicely.  Rollo and his fellow Vikings quickly rebuilt the territories they had ravaged and assimilated into French culture.  Rollo’s descendants would go on to play a very significant role in European history.  As the great-great-great-grandfather of William the Conqueror, Rollo’s blood flows through many veins of later European royalty.

If you’re interested in learning more about that part of the story, we recommend the following episodes of Rex Factor, our very favorite podcast:

Looking for more Vikings and Saga Thing cross-over?  We've got a few episodes that might interest you:

The Saga of Ragnar Loðbrok and His Sons - where we review the medieval stories behind the Vikings hero.

The Blood Eagle - where we discuss the Viking practice of splitting a man open and its historical veracity. 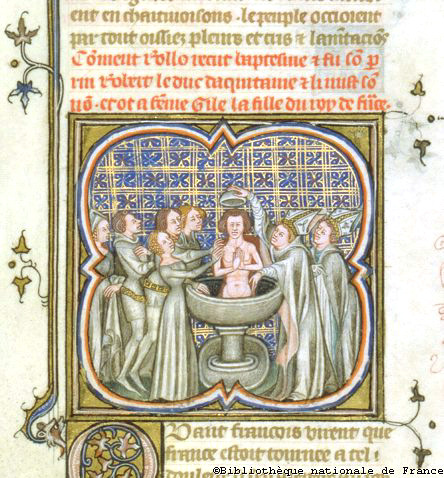